William ‘Billy’ Durant is a fairly famous name in classic car and vintage truck circles – after all, he is the founder of the famed American manufacturing powerhouse, General Motors.

General Motors, or GM, is a leading figure in Detroit’s reputation as the USA’s home of automobile manufacturing. Founded by Billy Durant in September 1908, today it is the largest American automobile manufacturer and remains the third largest in the world – behind Volkswagen and Toyota. At its peak, GM had a 50 percent market share in vehicles in the United States and was the world’s largest vehicle manufacturer from 1931 through to 2007. Its four core brands are recognisable even to those with a fleeting interest in wheels: Buick, Cadillac, GM, and Chevrolet.

One of the lesser-known marques found within the Bill Richardson Transport World collection is the Rugby, manufactured in the United States by Durant Motors – the company founded by none other than General Motors’ Billy Durant.

Durant started his career in horse-drawn vehicles: by 1900, his firm Durant-Dort Carriage Company was the leading manufacturer of them in the United States. Initially, he wasn’t keen on shifting to automobiles but fellow Flint, Michigan businessman James H. Whiting twisted his arm and sold him the Buick Motor Company in 1904. Four years later, in 1908, Durant formed the General Motor Company, which quickly amassed other automobile brands including Oldsmobile, Cadillac and Oakland (predecessor to the Pontiac brand).

Despite being one of the founders of General Motors, Billy Durant fell in and out of favour with those he was in business with. In 1910 he was removed by the company’s board of directors – at the behest of the New York banker bigwigs who managed GM’s loans – for over-leveraging the fledgling company.

A year later, Billy Durant had co-founded the Chevrolet Motor Company alongside Swiss race car driver Louis Chevrolet. By 1917, Chevrolet had become successful enough that Durant was brought back into the General Motors fold and – with help from GM’s manager and prominent businessman, philanthropist and society figure Pierre S. du Pont – acquired a controlling interest in GM once more. But that was short-lived: just two years later, du Pont orchestrated Billy Durant’s removal from General Motors yet again.

Billy Durant reckoned he was down, but not out.

He quickly established a new manufacturing firm of his own, the epynomous Durant Motors Inc, in 1921. The company released the Flint, Durant and Star brands – designed to rival General Motors’ Buick, Oldsmobile, Oakland and Chevrolet offerings.

The Rugby line, manufactured by Durant Motors, was the export name for its Star line. However, from 1928 to 1931, Durant also marketed trucks in the United States and Canada under the badge Rugby Trucks. Our 1929 Rugby 401 truck is one such vehicle.

Our 1929 Rugby 401 truck was brought new by R. A. Kinnaird, an orchardist based in Earnscleugh in Central Otago. Kinnaird sold it in 1972 to Wilf Miller, of Alexandra, before it changed hands in 1975 to Colin Hanson, of Dunedin. This 1929 Rugby 401 truck was kept in the Seacliff Museum, where it was robbed of various parts before Hanson took it back. Our founder, Bill Richardson, subsequently bought the vehicle from Hanson.

Today, the 1929 Rugby 401 truck can be found in Harold’s Shed here at Bill Richardson Transport World. 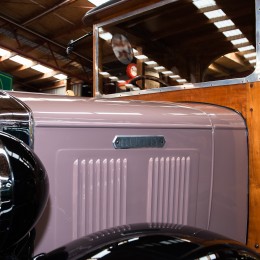 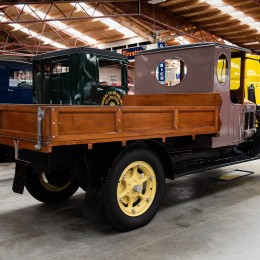 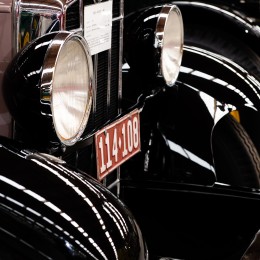 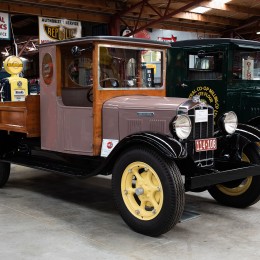 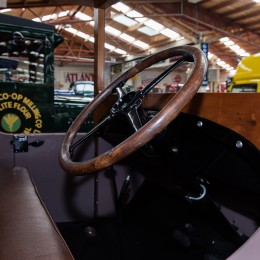 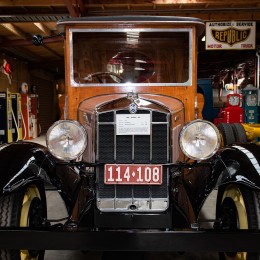 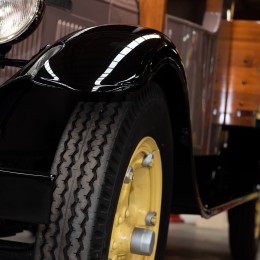