This classic Ford V8 Super Deluxe Convertible is an absolute honey: an eye-catching beauty of an automobile, it blends glamour and elegance with all the power of a grunty V8 engine.

At the turn of the 1940s, the United States of America had not yet entered the war – but with the world around it in upheaval, things were unpredictable. The 1941 Ford lineup was given a thorough update; much more modern, with a wide body that almost covered its running boards, the 1941 Ford featured front and rear fenders that were integrated more seamlessly into the body of the vehicle. Headlights, meanwhile, were pushed all the way up and over the front wheels while the three-part grille featured a tall centre.

The 1941 Ford V8 Super Deluxe boasted several high-end features not seen on the standard vehicle (which was offered in two and four-door sedan versions, as a sedan coupe, a business coupe, sedan delivery wagon, and woody station wagon in addition to the convertible styling). These luxury specs included more chrome, leather seats, and a refined wood-grain dashboard. Worth mentioning, the 1941 convertible did not come with rear side windows – the only side windows were found in the doors.

(In 1942, quarter windows were added so rear passengers travelling in the car could see out.)

The 1941 Ford boasted all of the mod-cons of the day: this is not only thought to be the very first Ford to offer a replaceable cartridge oil filter option; it also boasted specifications like two interior heaters – vital in keeping one warm during wintry drive-in movie excursions – as well as window defrosters, an excellent radio, and electric windshield wipers in addition to the vacuum-powered wipers.

Production of the Ford V8s faced a number of disruptions though: both internal and external.

First, a sudden labour strike in April of that year meant the assembly line ground to a halt. Henry Ford, having staunchly opposed unionisation long after the remainder of the American automobile came to accept it, eventually have to relent and sign a contract with the United Auto Workers ((UAW) organisation.

Next, of course, the entry of the United States’ entry into WWII – following the attack on its naval base at Pearl Harbour – meant civilian production also ceased. The 1941 design, which had continued into the 1942 model year, was abruptly halted. It would eventually go on to be restarted again in 1946, with production continuing until 1948, when the more modern 1949 Ford models arrived on the scene. 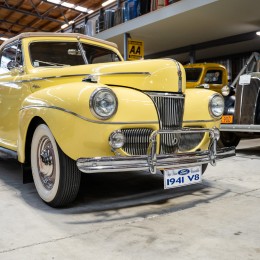 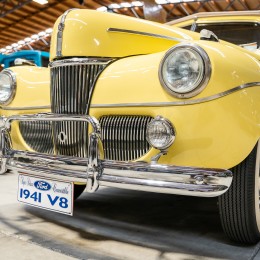 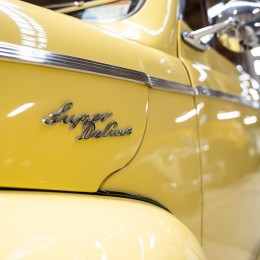 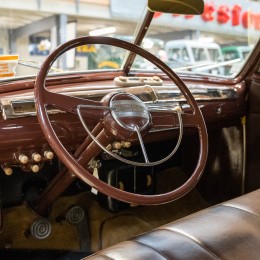 “Absolutely amazing place. Highly recommend it to anyone even those who are not that interested in cars and trucks. It's huge with heaps of cool stuff to look at and some interactive stuff as well. World class...”