The Story of Bill's 1928 Willys-Knight 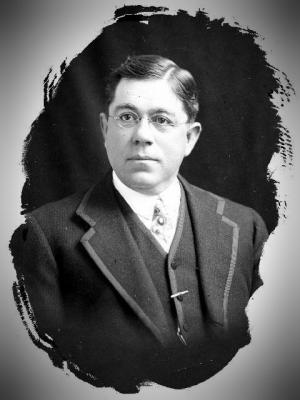 John tried out a Daimler with a Knight engine and covered 4,500 miles of idyllic English and Scottish countryside in 15 days – a great feat in those days. John was sold. On his return to America he bought the Edwards Motor Company of New York (which had a licence to build Knight motors) and went to work.

The finished product was the Willys-Knight, which was produced in various models between 1914 and 1933.

Bill Richardson found Transport World’s Willys Knight on a farm in Christchurch, where it had been all its life. It had been supplied by South Island Motors, Willys Knight Distributors. 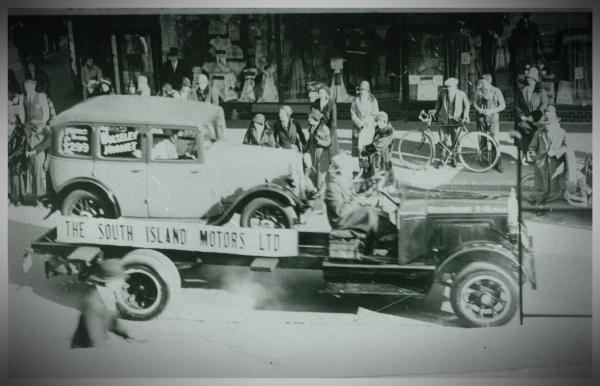 Its cab was built by a Christchurch company, Steel Bros. Transport World’s truck has the Knight sleeve valve 6 motor with 228 cu in capacity. The paint is peeling, but you can still read ‘Kaiapoi – The best that grows into Kaiapoi goes’. 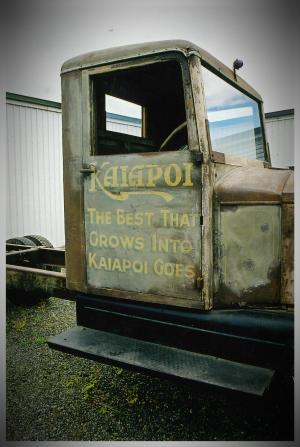 The Kaiapoi Woollen Mill was at once one of the most important industrial businesses in the colony of New Zealand. In 1928, that mill bought their Willys-Knight to cart wool and products. 1928 was the Kaiapoi Woollen Mill’s jubilee year and the mill was working at full capacity again after a downturn in the early 1920s. The profitable year and celebrations probably prompted the purchase of this brand new truck.

The truck was sold to a Mr Moore, a farmer from Kaiapoi, for £10. It passed from him to a relation, Ansell Moore, who sold it to Bill Richardson. See it being loaded for delivery to Bill Richardson Transport World below. 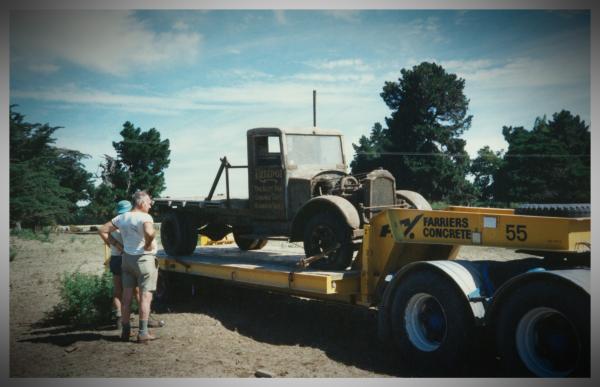 And in all its glory, the 1928 Willy Knight truck outside Bill Richardson Transport World.

Now you can find it in the Les Kennedy Shed of Bill Richardson Transport World in Invercargill.

Great stories that go with these old trucks. Keep up the good work
I hope one day you feature your 1936 Federal that my father drove while working for C S Wycherley of Ashhurst , near Palmerston North

Me thinks that this truck would garner
a bit more than 10 Pounds today! Wow, that's a fascinating history.

Really enjoy and appreciate your weekly "Ignitions", keep up the good work. :-)

Great story - love the "history" of these vehicles