The only model Willy Neutkens didn’t get was the BMW R37. But he had this BMW R71, which it is thought he restored himself. Willy Neutkens did all his own restoration work except for the welding and painting. Willy said he worked on his bikes from 8.30am to 8.30pm – they were his life.

When Willy Neutkens died his entire collection was sold at a Bonhams Auction in Germany. The auction made headlines in the motorcycle world. Motorcycle-usa.com mentioned that buyers as far as New Zealand came – one of the New Zealand buyers was Tom Sturgess of NZ Classic Motorcycles in Nelson. Tom bought this BMW R71 motorbike and brought it to New Zealand. Six years later it was purchased by Classic Motorcycle Mecca and brought down to Invercargill, where it is proudly displayed amongst fourteen other classic BMW motorcycles. 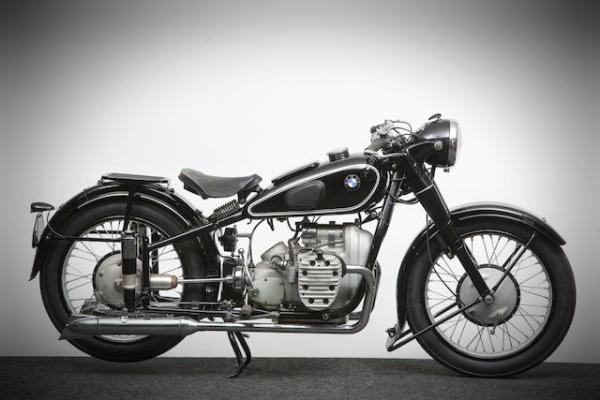 BMW is a brand that inspires fierce loyalty. This German bike epitomises the efficient and reliable reputation of Germany. Nearly all of them have an air-cooled, flat-twin engine, a single-plate clutch, a car-type gearbox and shaft-drive – the BMW R71 included. 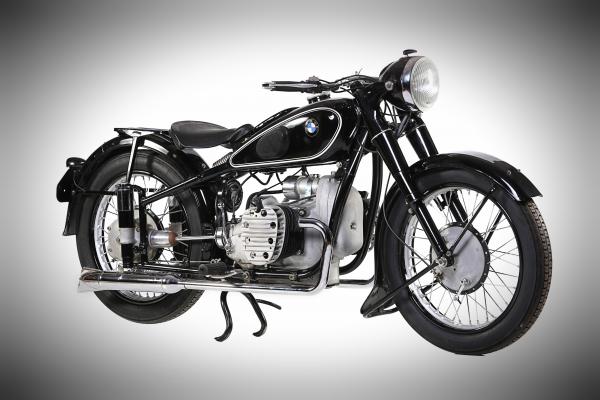 The BMW R71 was introduced in 1938 with a new, larger, 746cc flat-twin engine. Classic Motorcycle Mecca’s BMW R71 was manufactured in the first year of production. The BMW R71 was the last of BMW’s development of the big side-valve motorcycles as they never made a side-valve engine again. Its soft state of tune and high torque (rather than high horsepower) was perfect for pulling sidecars. Its peak power output was just 22hp at 4,600rpm. Nevertheless, the R71 was not slow – it could travel at 124kph, which in 1938 was fast. Only around 2,200 examples were manufactured during the first year.

Most of these BMW R71s, including possibly ours, were manufactured for the German Wehrmacht, because the Second World War was in full force. We wonder what this reliable, efficient and beautiful bike saw in its first years of life.

Whatever its history this 1938 BMW R71 went from being part of the largest BMW collection in the world to New Zealand’s premiere motorcycle collection: Classic Motorcycle Mecca in Invercargill.