As New Zealand's premiere motorcycle museum, Classic Motorcycle Mecca has a bike for everyone.

The motorcycle was born in Europe. Germans Hildebrand & Wolfmüller produced the first commercial motorcycle in 1894. From then on multiple motorcycles were created and their popularity spread throughout the continent. The First World War ramped up production and required reliable, light motorcycles. Brands such as Triumph, AJS, BSA, BMW and Norton met these demands and began to dominate the Europe market. After World War Two, British motorcycles in particular become more popular as they were reputedly lighter, easier to handle and more powerful than the big American motorcycles.

Germany had gained a reputation for technological excellence and BMW represented that. Countries like Italy kept a slice of the motorcycle market with brands such as Ducati and Moto Guzzi. European motorcycles became faster, easier to handle and sold well until Japanese brands moved in in the 1960s. Since then, European brands have become classic motorcycles of a bygone era – with a few exceptions of course!

Classic Motorcycle Mecca houses over 60 manufacturers. Both European and British motorcycles are well represented. Guests will find well-known BMW motorcycles and Denmark’s Nimbus Stovepipe and Bumble-Bee motorcycles. A large selection of British motorcycles also feature with classics such as the Norton Manx, BSA A10 and Brough Superior SS. Highlights include:

Classic Motorcycle Mecca's Italian 1974 Ducati 750SS is the road version of a very impressive super bike that won the legendary Imola 200 Race. The Ducati 750SS has desmo valves which were invented by Ducati engineer Fabio Taglioni and conrods carved from solid bars of metal. Classic Motorcycle Mecca's Ducati is special because it was the only 750SS to come to the South Island of New Zealand. 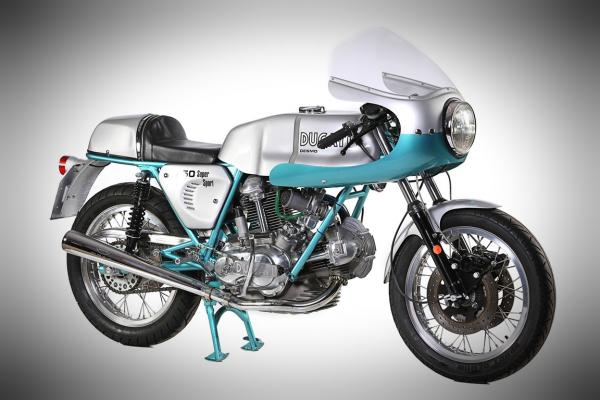