This Vincent Black Shadow isn’t what it seems

Let me set the scene. It was 2005 and the UK Vincent Owners Spares Company had just created a new Vincent engine from old component stock, proving such a feat was possible. But an engine wasn’t enough, they wanted to build an entire new Vincent Motorcycle from old parts. They chose to make a Black Shadow in as near as possible to a 1950 Series-C specification. 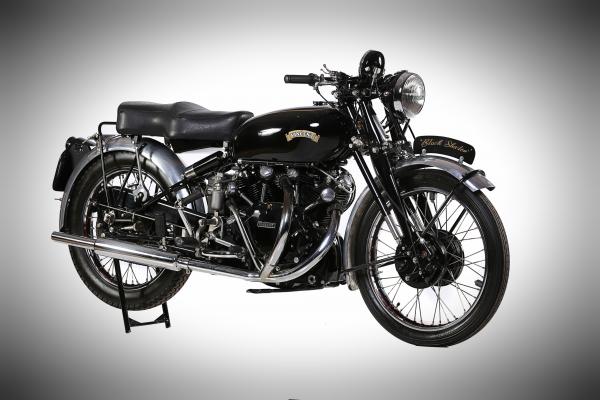 What was the Vincent Black Shadow?

The Vincent Black Shadow was a UK motorcycle introduced in 1948as a development of Vincent’s Rapide model. The handmade Black Shadow broke multiple records and was claimed to be the fastest motorcycle of its era. Vincent ads read: "The World's Fastest Standard Motorcycle. This is a Fact Not a Slogan." 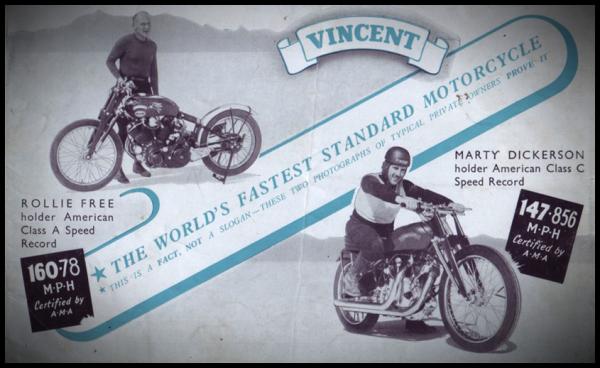 How was this Vincent Black Shadow made?

To make this ‘new’ Vincent Black Shadow, they had to produce the frame and front fork. They were the main components which had been unavailable new for 50 years. However, it did prove that any parts needed for a post-war Vincent could be supplied in one way or another. The parts were handmade from authentic plans, just like the original parts half a century ago. The VOC Machine Registrar issued new frame and engine numbers. They fitted in with the original series yet clearly identify the bike as new. The frame number is RE 14000 and the engine number is F10AB/5/1010.

A few compromises had to be made because some manufacturers no longer exist. The carburettors are new Amal type 6 (Rapide size) instead of Type 29s, a modern BTH magneto is concealed under the magneto cowl, an Alton 12-volt alternator is fitted where a Miller dynamo would have been and a 12-volt battery is concealed within a replica Exide battery case. Lastly, for improved durability, all small fittings are stainless steel, lightly bead-blasted to resemble the original cadmium finish.

The motorcycle was completed at the start of 2007 and officially registered as a 2007 Vincent Black Shadow. 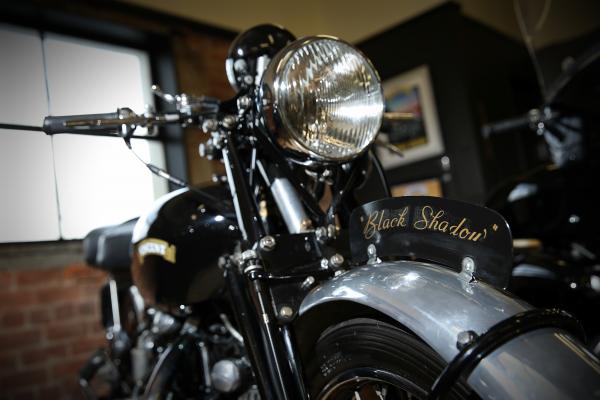 What happened after it was made?

After it was made it was run for several kilometres to bed-in the engine and make the necessary fine adjustments. It has become quite a famous bike. It was featured in several publications: Classic Bike Guide, Real Classics, The Institute of Mechanical Engineers Journal and Motor Cycle News and is even mentioned on the Vincent Black Shadow Wikipedia page. It was shown at a number of events and rallies during 2007, although most people thought that it was just another concourse example of a 1950s Vincent!

This Vincent motorcycle is such a unique bike, unlike anything you’ve seen before. See it on display at Classic Motorcycle Mecca in Invercargill.