Harley-Davidson’s milestone bike was (in many people’s opinion) the stylish road-going Harley-Davidson EL Knucklehead. The Knucklehead helped solidify the Harley-Davidson brand as the most American of all American motorcycles and was the sorely needed boost to morale in a depressed inter-war American economy. With a new engine, new components and new styling, it was uniquely American.

Let’s explore all these new parts to try and understand why this motorcycle has been remembered as Harley-Davidson’s milestone bike. 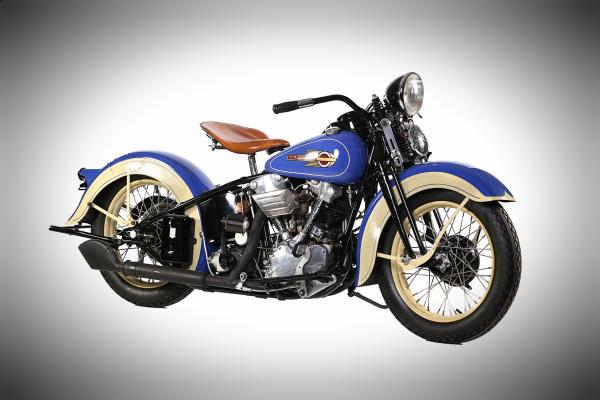 The new engine used the V-twin layout Harley-Davidson already used on their bikes but it had overhead valves instead of flathead valves. The overhead valves were operated via push rods and a single, multi-lobed camshaft. The overhead valve system was an improvement over the flathead engine because the valves were directly above the cylinder in the cylinder head instead of in the block next to the piston. As well as improving the engine, the new design of the rocker covers were pretty unique. The covers resembled, to some, a clenched fist – hence they inspired the nickname 'Knucklehead'. In addition to the new styled rocker covers the fuel tanks had a sleek restyle. The instruments were mounted on the tank, a trend that would spread throughout the motorcycle world. Interestingly, the speedometers were equipped with a maximum speed hand that remained at the highest speed achieved during the ride. A very cool device for riders! 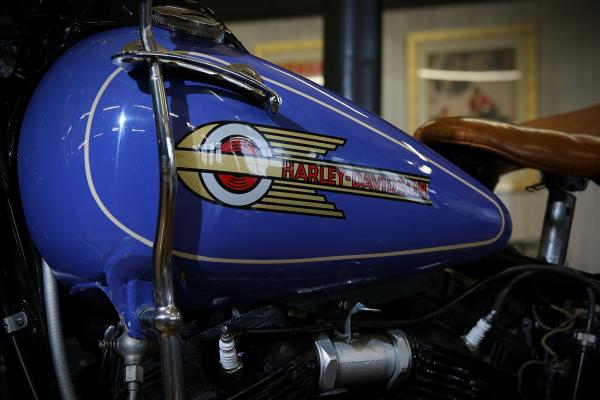 A significant new component was the recirculating, dry-sump lubrication system. It replaced the total-loss system Harley-Davidson had previously used. The recirculating oil system was better for the rider because it wasn’t as messy or inconvenient and it provided excellent lubrication. All of these new components resulted in a powerful machine. The 998cc Harley-Davidson EL engine developed 40hp and was capable of reaching a top speed of around 100mph (161kph). To handle the new level of power, a stronger double down-tube cradle frame was used and the leading-link front fork featured new, oval, tubular struts. This post was inspired by the beautiful 1936 Harley-Davidson EL Knucklehead Classic Motorcycle Mecca displays, Knucklehead rocker covers and all. 1936 was the first year these milestone bikes were produced, making our 1936 Harley-Davidson EL motorcycle pretty special. The previous owner, Tom Sturgess, was probably the first person to own this bike out of America since it was manufactured in Milwaukee, USA and came to New Zealand from a dealer in Albertville, Alabama, in May, 2008. It now rests at Classic Motorcycle Mecca in Invercargill along with thirteen other Harley-Davidsons in New Zealand’s premiere motorcycle museum.

Do you agree? What other Harley-Davidsons are as iconic as this one?