Looking for a world-class display of vintage Volkswagens? Look no further – one is ready and waiting for you, in your own backyard.

Bill Richardson Transport World, right here in Invercargill, is home to some of the rarest vehicles found across the globe and our next exhibition is set to be no different.

Originally slated to open at Easter, the truly retro display of pre-1975 Volkswagens was completed prior to New Zealand entering the Level 4 lockdown as part of it’s COVID-19 response. However, since Bill Richardson Transport World closed its doors it is yet to be seen by the public.

We’re excited for you to see it – and for good reason. A 1956 Volkswagen Beetle will be among the vehicles on display

Among the items on show will include a renovated, extremely rare 1954 barn-door Kombi (one of three right-hand-drive barn-doors set to be on display), a 1961 model of the lesser-known Karmann Ghia convertible (bought New Zealand new; a rarity), a collection of Beetles including an unrestored 1956 model, and a Formula Vee single-seater race car.

The exhibit will also feature two vehicles that have garnered worldwide accolades. The first, a 1974 Westfalia camper, won the Best Original title at the 2005 Volksworld Show and also appeared in the first issue of VW Camper & Bus. It also won the SSVC’s Brighton Breeze show in the same year.

Perhaps of even greater interest to fans the world over is a 1954, 23-window barn-door – known best as “The Santa Bus” in Volkswagen circles. The bus is also on its way to the museum, which purchased it in 2019. The vehicle is being transported by sea from Mexico to New Zealand, and once it arrives it will also join the display in its “as is, where is” condition before the Transport World workshop eventually tackles its renovation. A Volkswagen Kombi, known in VW enthusiast circles as "The Santa Bus", has been purchased by Bill Richardson Transport World and will be on display

A rare 1959 right-hand drive ambulance has also been given some TLC and will be on display for the first time. The ambulance was used by the Southland Hospital Board in the 1960s and has been given the nickname ‘Florence’.

Transport World’s dedicated workshop team is also working on three Volkswagen Kombis that have been waiting for their moment of glory in the organisation’s storage sheds for several years. Among them are two deluxe microbuses, one from1960 and the other from 1965, both imported from the United States, as well as a Volkswagen Transporter double-cab pick-up hailing from 1964.

“This display has been on the dream to-do list for a long time, and I – like many others in the team, and out in the Volkswagen fan community – am really excited it is almost here,” she says.

“The worldwide VW community is such a dedicated one, and we’ve worked incredibly hard to ensure that – no matter what particular model spins our visitors’ wheels – there will be something for everybody to admire within our exhibit.” 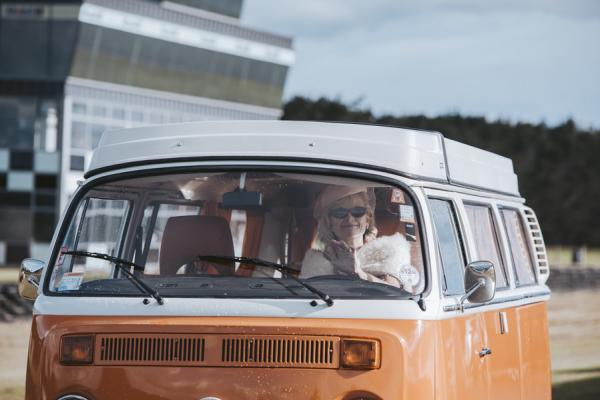 The display has already generated plenty of chatter and anticipation.

“There is just something about Volkswagen vehicles that make people smile. Their popularity around the world has soared, and I think a big part of that is not only because so many of their vehicles were revolutionary in terms of their design and look, but because they do evoke a sense of nostalgia in people. I think people really enjoy seeing objects that take them back to their youth, and for a lot of people Volkswagen vehicles – whether it’s a Beetle or a Kombi or something else – can do that,” she says.

One of the collection’s workshop members, Darren Robbie, rivals Joc in his love for the Volkswagen marque.

In his lifetime he’s personally owned more than 20 Volkswagen vehicles – his collection currently sits at eight, and includes an unrestored 1956 Beetle that will be among the vehicles on display at Bill Richardson Transport World.

The make and model of his first car was no coincidence.

“My father was actually a salesman and mechanic for Volkswagen back in the Sixties and Seventies, so you could say it’s in the blood! I think what appeals to me about Volkswagen is the same as what other people tend to find appealing – they’re just a bit different from other vehicles, and they’re easy to maintain.”

He's already counting down to the doors reopening, and visitors getting to see the exhibit for themselves.

“I hope the display here at Bill Richardson Transport World brings back some memories, as most people seem to have a Volkswagen memory or story or experience in their past. I’m looking forward to it.”

While the dedicated Volkswagen exhibit will be on display for a limited time only – dates are yet to be finalised – several models of the German manufacturer are part of the permanent collection at Bill Richardson Transport World.