From idea to reality

Bill Richardson’s love for trucks began when his six-year-old feet touched the running boards of Snowy Kidd’s 1949 Ford 5-tonner. Back then, it would have been impossible to guess where that fascination would take Bill – from successful entrepreneur to avid collector of vintage trucks, and – finally – to the namesake behind a world-class collection of classic vehicles. Bill loved showing visitors through his private collection of trucks. He also said he hoped one day, somebody would be interested enough in what he had started to carry it on.
That someone?

His daughter Jocelyn O’Donnell, the creator of what is now known as Bill Richardson Transport World. The largest private automotive museum of its kind in the world, the collection is home to more than 300 classic vehicles including a display of Ford letter cars, 1930s V8s, pastel-perfect mid-century convertibles, a retro collection of Volkswagen Kombis, trucks of every make and model, and Bill’s pride and joy – a restored 1940 Dodge Airflow tanker, gleaming in Texaco red.

So, what goes into creating the displays found within the collection?

“The biggest thing we try to do is create a bit of variation,” Joc explains. “We always want to engage all different types of audiences, so there’s something of interest for absolutely everyone. We want Bill Richardson Transport World to be an attraction for the whole family – that was my aim right from the start.”
If you’ve ever visited Bill Richardson Transport World, you’ll know it is virtually an Aladdin’s cave of treasures. Offering a variety of items inside the museum was very much a deliberate choice.

“So many of these vehicles provoke different memories for people. I always like asking people, after they’ve visited, what they enjoyed the most: you never know what it is going to be that connects with different people, and I find that quite fascinating. For one woman, it was [son] Harrison’s oil can collection. She really got a kick out of that.” 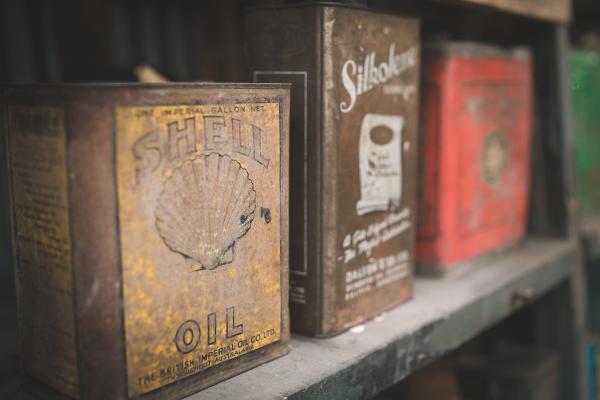 When it comes to adding to the collection, the team behind Bill Richardson Transport World thinks carefully about the stories it can tell.

“When we’re looking at different ideas for exhibits, we try to tie it in with a landmark event or a significant anniversary – for instance, we did a Mini display that coincided with the sixtieth anniversary. It gives us a chance to tell some of the stories behind our vehicles, which is what people really connect with. That’s what captivates people, the stories behind things,” she says.

Creating new displays for collection involves the whole team, from the workshop to those in the administrative side.

“We just kind of pull together, really. Everyone really does their bit, and everyone has their own area of expertise and their own passions,” she says.
“We are so lucky in our team, we’ve got such a creative team, and really it often just starts with a bit of a brainstorming session. Sometimes it’s hard to come up with ideas that seem unusual or different, and other times you just have a wee epiphany and it all comes together quite seamlessly. You just have to let your imagination roam,” she says. 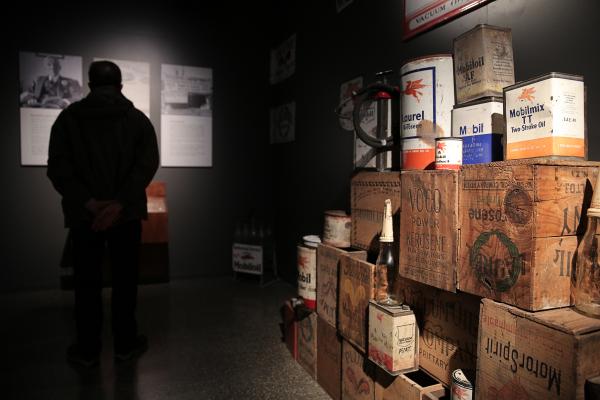 One of the permanent displays at Bill Richardson Transport World

“When I start thinking about something, there are a few things I particularly like to pay attention to – I always think the lighting is really important, and I like to think about how people are going to interact with a display,” she says. “Often it starts with a very rudimentary sketch of mine, and then the whole team brings it to life.”

Mixing up what’s on offer within the museum plays a huge role in planning what might come next.

“Keeping things fresh is especially important for our local audience. We want people to be able to come back and find something new and different in each visit,” she says.

“We want to be continually evolving and improving so that people always find their visit with us interesting. We always want our guests to leave thinking, ‘wow – that was fantastic’.”