Bill Richardson’s love for everything truck-related began early. From the moment his six-year-old feet touched the running boards of Snowy Kidd’s Ford truck, Bill was hooked. That moment sparked an interest that lasted a lifetime.

Eventually Bill Richardson would grow up to found his own transport business, and as well as making them his life’s work he also devoted plenty of his spare time to collecting and restoring them too.

In childhood, though, Bill began collecting truck brochures at about the age of seven or eight. Many of the brochures, pamphlets and assorted collateral he amassed is today held in a private library.

So what do Bill’s brochures have to do with this vintage Diamond T truck?

During its renovation, Bill looked to the paint scheme of a vintage Diamond T truck in one of his old brochures – and replicated it on this very vehicle.

Come in to our classic car and truck museum here in Invercargill, and admire it for yourself. 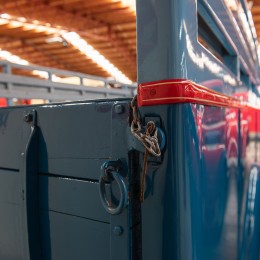 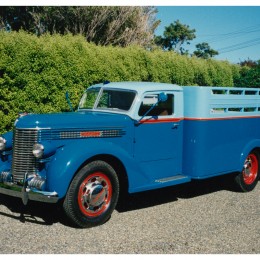 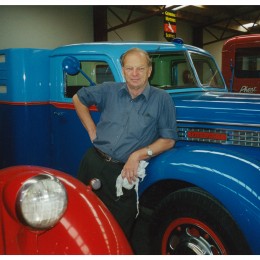