When we say Bill Richardson Transport World is up there with the best automotive museums in the world, we’re not exaggerating. What started as a private Invercargill truck museum is now a spectacular collection of more than 300 vintage vehicles – among them, some of the rarest in the world.

Our 1922 Wachusett classic American truck is no exception.

Incredibly precious, this vehicle is one of just three surviving Wachusett trucks left in the world.

(The other two are a retired fire truck, and a slightly later model classic American truck that is housed at the Yaworski Collection in New Jersey.)

The little-known classic American truck manufacturer is certainly no Chevy or Ford: today, you’ll be as hard-pressed to find information about the Massachusetts-based brand as you are to actually see one of their vehicles in the flesh.

Wachusett trucks were built in the town of Fitchburg for literally a mere handful of years – from 1922 to 1930, to be exact. To have one of their vehicles, particularly one from the classic American truck manufacturer’s first year of production, is quite special.

This 1922 K 2 Ton Wachusett changed hands a few times before it found its home here at Bill Richardson Transport World. It was once part of the well-known Earl Marhanka Collection in Michigan (the collection was full of impressive pre-1930 American trucks).

When this collection was auctioned off in an estate sale back in 1991, the 1922 K 2 Ton Wachusett truck was bought by Lloyd Van Horn’s truck museum, based just north of Mason City in Iowa. Van Horn then went on to sell this vintage American truck to the now-defunct Hays Antique Truck Museum when it was still based in Woodland, California.

(The Hays Antique Truck Museum was closed in 2013, with the vehicles remaining its collection now housed in storage in the city of Reno.)

Bill Richardson himself decided to snaffle up this 1922 K 2 Ton Wachusett truck, and he bought it from Hays Antique Truck Museum back in 2002.

After it arrived in New Zealand, it was given a spruce up by the Bill Richardson Transport World workshop team. Today it can be found, carefully renovated, in the Harold’s Shed section of our museum. 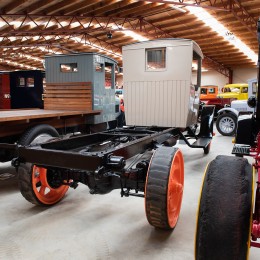 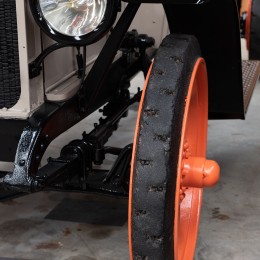 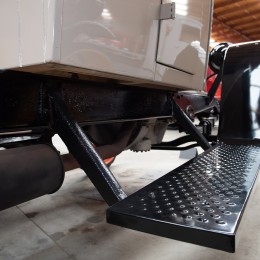 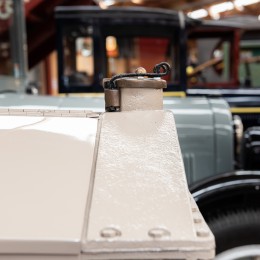 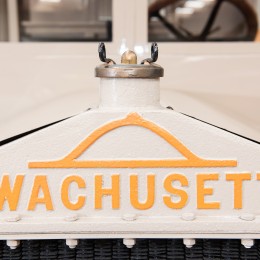 “I've been to many car museums, car shows etc. all throughout the world and this place is an absolute treat. Just when you think you've seen everything, another wing opens up before you and there is more! ...It is simply amazing.”