In the 1950s Kiwi drivers needed a truck that could keep up with the rough weather conditions of the great south.

International Harvester began building their Australian line of trucks at Dandenong, Victoria in 1952. The ‘A’ in their model name marked them as Australian-built. The AR series was a modified version of the R series which was built between 1953 and 1956. In the 1950s Australia was going through a post-war economic boom, so sturdy Australian-built trucks quickly left the sales yard to greener pastures. Southland needed sturdier trucks than European imports often supplied, so Australian Internationals became the truck of choice for many truck drivers and farmers.

Bill Richardson Transport World's polished International AR162 is was one of those sturdy Australian trucks.

This truck has been a Southlander since the beginning. It was first bought by William P. Hogan of Makarewa in 1955. He used it as a general carrier, where it was seen on the roads of Southland for ten years. Coincidentally, Bill Richardson purchased W.P. Hogan's business in 1968 from Jack Hogan who had inherited the business. Included in the sale were three other trucks (three Bedfords and a Commer) which were incorporated into Bill’s transport business Southern Transport. This International truck was not one of them, but Bill Richardson
Transport World still ended up with it down the track! This International was sold by the Hogans before Bill bought their business. It went through five more owners all around Western Southland, from Alan Moore in Aparima to Mayfield Farm in Five Rivers. For those who don’t know Southland, those are rural locations. I think it is safe to say this truck earned its keep!

Bill Richardson bought it from the local wrecker Jim Robertson in April 1989.

But Bill and his team restored to its original status, as a W.P. Hogan, carriers of Makarewa truck. And we think the end result speaks for itself. 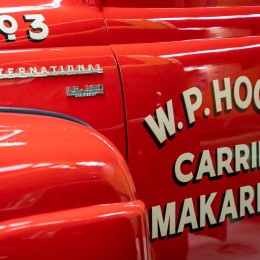 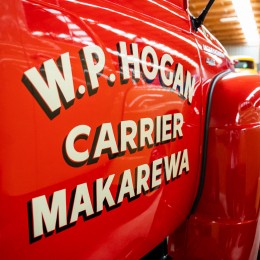 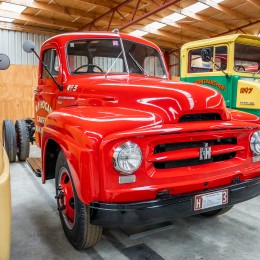 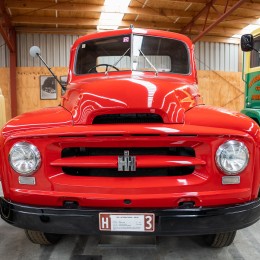 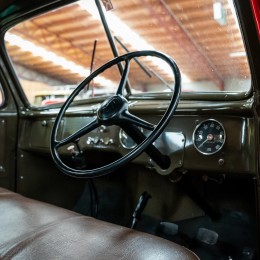 “This is every rev-head's dream, to be surrounded by beautifully restored and perfectly maintained automotive excellence, covering every aspect of the motor enthusiasts' imagination.”